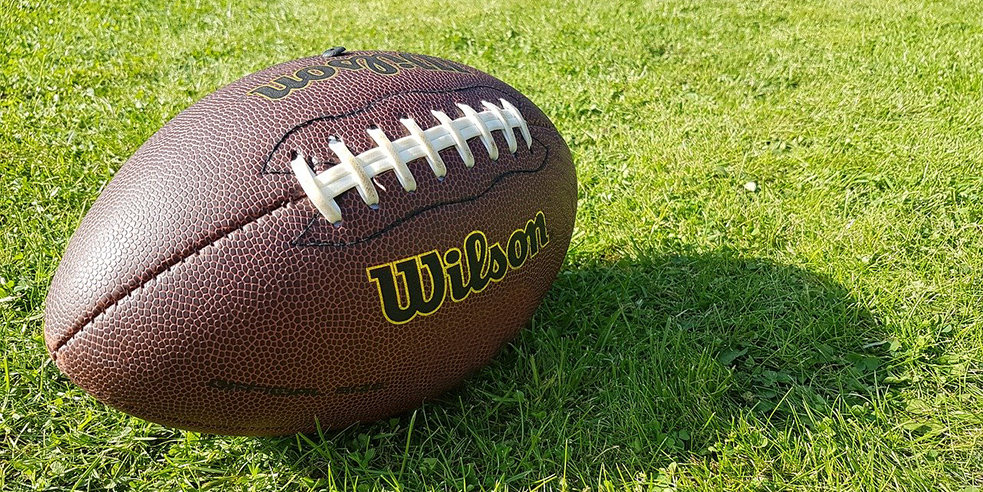 When most high schoolers dream of beginning their college football careers, they think of touchdown runs, interception returns and bowl games. They see themselves stepping on the field as true freshmen and amazing their coaches and fans with displays of speed and athletic ability. They hope to be named all-conference, All-American or even win the Heisman Trophy.

They certainly don’t imagine getting knocked out during their first scrimmage, but that is exactly what happened to Tulane wide receiver Nick Narcisse.

“That was my welcome to college football,” Narcisse said with a chuckle. “I remember the night before, the upperclassmen had just shaved our heads. We went through a couple of plays and then I ran a quick slant and the linebacker just swiped out at me. I didn’t see him and he caught me right under the chin. I didn’t know where I was.”

A visit from the Tulane trainers and a packet of smelling salts later, Narcisse was up and about – if somewhat disoriented. His teammates jokingly called him every name under the sun – he was so disoriented, he answered to all of them.

“They could have called me Spiderman, and I would have answered,” Narcisse said. “I didn’t even ride the bus back from Covington with the team. I just remember riding home with Dr. Brunet (Tulane team doctor Michael Brunet).”

It seemed fitting that Narcisse’s introduction to full-contact football at Tulane came via a visit from the Green Wave training staff. A native of nearby Slidell, La., Narcisse would attend games as a fan in the Superdome whenever his cousin Laurie Boutte, then a Tulane student-trainer, could get him tickets. As a recruit, he stayed in touch with the Green Wave football coaches, and even had contact from current Tulane head coach Chris Scelfo, who was then an assistant at Georgia.

“I got to meet coach Frank Scelfo, and the coaches here kept in touch with me through my high school career. When head coach Chris Scelfo, and Coach (Trooper) Taylor came in, everything just fell into place. I just felt comfortable.”

Narcisse did indeed feel comfortable, enough so that he let Taylor sleep through a highlight video when the coach was at his house on a recruiting visit. Both Narcisse and Taylor remember the incident with a smile.

“I fell asleep at his house and woke up with his dog on my chest,” Taylor said. “I knew he was coming after that. He just let me sleep.”

“He came over after a long recruiting trip,” Narcisse said. “I guess I was his last stop on the way home. He came in, sat down and we started watching some video. Next thing I know, he’s knocked out on the couch with the dog sitting there. The dog had met him on the porch, and he doesn’t really like dogs. It was pretty comical. I try to remind him about that story every time a new recruit comes in. I bring it up so that maybe if I make a mistake or something, he’ll let me slide.”

Though Narcisse will occasionally remind his position coach of the impromptu doze, it was Narcisse who bore the brunt of good-natured teasing after he arrived on campus. With his charming smile and engaging personality, Narcisse has had to endure a string of nicknames usually reserved for quarterbacks.

“He is known as ‘Pretty Nick’ by the team,” Taylor said. “He has a nice smile and is a nice, clean-cut guy, so we tease him all the time about being pretty. I always tease him that if we put a cut on his face, he’d be a better football player because he wouldn’t have to worry about being so cute all the time.”

“That name has stuck since my freshman year,” Narcisse said. “I still can’t stand it,” he added with a laugh.

Like many college football newcomers, Narcisse redshirted his first year at Tulane and played sparingly as a redshirt freshman. In 2001, he finally got his shot on the field, playing in eight games with four starts, grabbing 16 catches and hauling in his first career touchdown with a 24-yard reception against UCF.

After a few years as an apprentice, Narcisse entered the 2002 campaign ready to make his mark on the Green Wave receiving corps, but a shoulder injury forced him to miss four games early in the year. Instead of opting for surgery, Narcisse had padding taped to his shoulder and worked his way back onto the field.

“I originally hurt my shoulder last summer, but then I took a shot in the Houston game and it got really swollen,” Narcisse said. “I missed four games after that. The trainers let the swelling go down and monitored it throughout the season, so I was able to play with it.”

Narcisse turned in some big games, including catching a 64-yard touchdown that essentially sealed the Wave’s win over rival Southern Miss. He also saved his best for last, catching a season-high five balls in Tulane’s upset victory in the ConAgra Foods Hawaii Bowl. He finished the year ranked second on the team in average yards per catch, but made perhaps his most important contribution by stepping into the leadership role when Roydell Williams was lost for the season with a broken ankle.

“Roydell is our No. 1 receiver and when he went down last year, I was next in line and had to step up and learn the role of being the leader and the go-to guy,” Narcisse said. “I felt like I was letting the team down when I missed those four games, so I wanted to get back on the field.”

“He played hurt last year when a lot of people would have just quit for the season,” Taylor said. “Most guys would have been selfish, especially their junior year – looking ahead to their senior year and thinking about the NFL – and would have had the surgery during the season. But he opted to wait until the season was done.

“He had to get really padded up and basically played with one arm at times. If you are a receiver and you can’t raise your arm, you are in trouble. If you look at last year’s games, the games he missed we lost. For the most part, the games he played in, we won. We missed his leadership and we missed him making those plays at times last year. It is obviously good to have him back. I give him a lot of credit – he has developed a lot of physical toughness.”

This past summer, Narcisse stayed on campus rehabbing his shoulder and working out with Wave quarterback J.P. Losman and the rest of the Tulane receiving corps. Four days a week, the group would meet to lift weights, work on conditioning and run through passing and receiving drills. Even when Tulane was considering dropping its century-old football team, Narcisse and his teammates could be found working out on their own, often with incoming freshmen from the New Orleans area. That work has paid off, both for the returning veterans and the newcomers.

“Every day, Nick, J.P., and the rest of the wideouts who were here worked extremely hard,” Taylor said of the unsupervised workouts. “Nick was working through his shoulder rehab, but still found time to work with the younger kids. That is why Freddie (Smith) and Preston (Brown) are ahead, because he was able to work with them when they came out over the summer. We aren’t allowed to be out there with them because of NCAA rules, so you really depend on your seniors for leadership. He doesn’t have to do that, but it was done for him and he has bought into the family aspect of things.”

And that work has paid off almost immediately. In the Wave’s season-opener against TCU, Narcisse caught three passes for 39 yards, including one for a touchdown as Tulane pulled to within three after having erased a 31-7 deficit. But perhaps his biggest contribution was drawing the defense into single coverage, allowing his fellow receivers to amass another 264 yards.

“His speed is the biggest deal,” Taylor said. “You are a better coach if you can get guys who can run, especially at the wideout position. He catches the ball well with his hands and doesn’t let it get to his pads – that makes a big difference. He was a track kid and you don’t really see him running the short routes. He catches the deep routes because he can run by people. What he also brings to the table is that other teams can’t double-team Roydell (Williams). That’s why Roydell got the touches he did against TCU (five catches, 110 yards, one touchdown), because they knew Nick was out there. They had to cover them both.”

Narcisse’s summer vacation wasn’t all work, however. He, Losman and the rest of the wide receivers enjoyed a week-long vacation in Miami in what Narcisse calls, “the typical college trip. We spent all the money we had and just had a blast.”

He also lived up to his nickname, “Pretty Nick,” finding himself, along with Losman, Williams, Chris Bush and James Dunn, pictured inside ESPN the Magazine when the publication did a feature story on Losman and the Tulane football team.

With his final year of both academics and college football now underway, Narcisse has his sights set on the future. The NFL is tops on his wish list, though if that doesn’t work out, he is on pace to earn a degree in organization information technology. Taylor, however, thinks the NFL is well within Narcisse’s grasp – not that he is anxious to see him go.

“Scouts come through here all the time, asking about him, getting tape and video on him,” Taylor said. “I’ll be glad to see him on Sundays next year. He is tough on himself at times, but as far as a person, he is a great guy to be around. We are really going to miss him next year. I wish we had him for three more years, to be honest with you.”