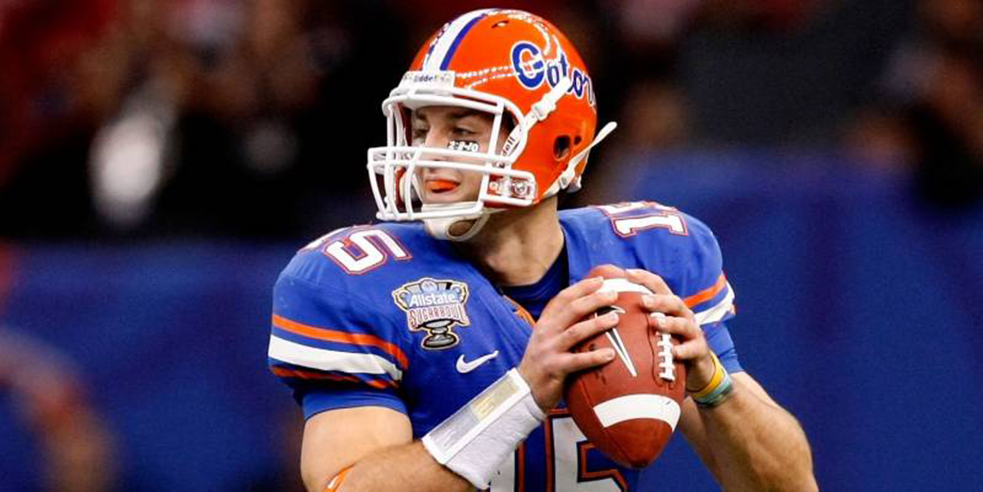 New Orleans – In a career filled with accolades and memorable performances, Tim Tebow might have just saved his best for last.

The Florida quarterback set Sugar Bowl and BCS bowl records with 533 yards of total offense to help lead the Gators to a 51-24 win over Cincinnati (12-1) at the 76th Sugar Bowl in the Louisiana Superdome. Florida ended its season with a 13-1 record, becoming the first FBS team to post back-to-back 13-win seasons.

After wrapping up a stellar career with his best statistical game, it came as no surprise that Tebow was awarded the Sugar Bowl’s Most Outstanding Player trophy.

“I’m not a historian of the game but I love college football and I have studied it,” said Florida head coach Urban Meyer. “It would be in poor taste for me to just start ranking him (Tebow) above other people I’ve never seen play, because that’s not fair. However, one man’s opinion is if there’s another player better than him, I’d love to shake his hand.”

But the game wasn’t just the Tebow show; Florida’s defense was almost as impressive. The Gators held the high-scoring Bearcats to 24 points, tied for their lowest output this year and below their 39.8 points per game average heading into the contest. Cincinnati entered the game averaging 464.2 yards per game, sixth best in the nation, but was held to just 246 on the night and only 55 yards in the first half. The Bearcats had given up just 11 sacks during the regular season but Florida’s defense notched four sacks on the night.

“The way to judge a team is not in the locker room,” Meyer said. “It’s on a Tuesday or Wednesday practice. I had a great feel for this team, even back home. When we practiced like we did, I knew we would be a hard team to beat.”

An Emmanuel Moody touchdown run gave Florida a 23-0 lead before Jacob Rogers got Cincinnati on the board with a 47-yard field goal. However, Tebow hit Riley Cooper with an 80-yard touchdown strike on the Gators’ very next play and Florida took a 30-3 lead into the break.

Moody added a second touchdown run early in the third quarter before Cincinnati got a touchdown catch from Marcus Waugh to trim the lead to 37-10. Listed on the depth chart as a linebacker, Waugh’s catch was the first of his career and his first career touchdown.

Cooper caught seven passes for 181 yards and a touchdown while Hernandez added 111 yards and another touchdown for the Gators. Moody had just 14 yards rushing but posted a pair of touchdowns on the ground for Florida.

“Obviously, coming into this football game being 12-0, the outcome of tonight’s contest certainly wasn’t the way we expected it to go,” said Jeff Quinn, Cincinnati’s interim head coach. “I couldn’t be more proud of our young men battling the way they did all year long.”

Pike led Cincinnati with 170 yards and three touchdowns on 27-of-45 passing. Mardy Gilyard set a Sugar Bowl record with 207 yards on eight kick-off returns; it was also the second-highest kickoff return mark in BCS bowl history. He added 41 receiving yards to finish with 248 all-purpose yards which was the third-highest total in Sugar Bowl history and fifth-best in BCS bowl history.

But the night belonged to Tebow and Florida.

“It was incredible,” Tebow said. “Just a great game. It was exactly how you want to go out with these seniors and these coaches.”