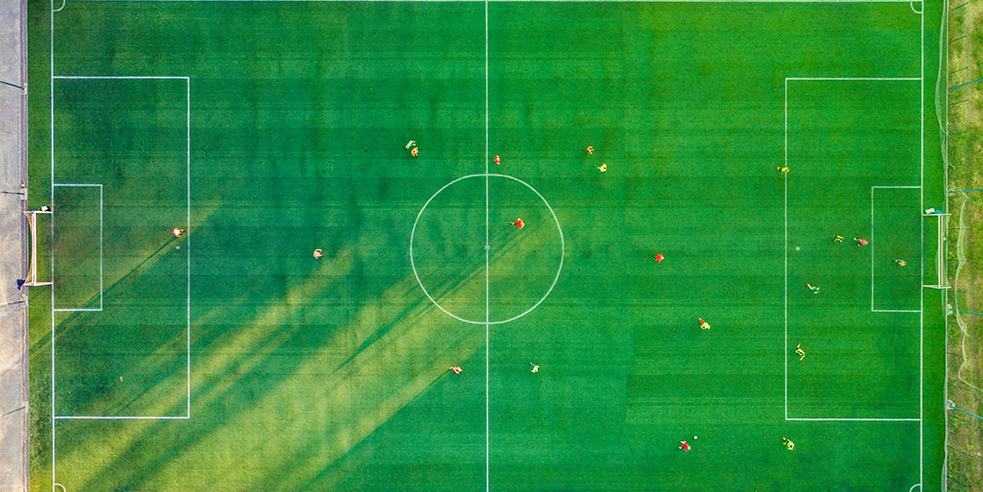 She is arguably the best player in the brief history of Tulane women’s soccer. She has scored more goals and recorded more assists than any other Green Wave player. She holds 15 school records. And she is by far the most decorated soccer player ever to wear Tulane green.

“I really fell in love with basketball when I first started playing it,” Lake said. “It was my No. 1 priority when I was in high school and I would have really loved to have played basketball in college.”

Thankfully for the Tulane women’s soccer team though, very few women’s college basketball teams have need of the services of a 5-9 center.

Despite basketball ranking as her first love through high school, Lake’s athletic career did indeed begin on the soccer field. A native of Tyler, Texas, she started playing soccer when she was just four years old, following in the footsteps of her older brother Matt. She played on local teams in Tyler as a child before joining the Tyler Eclipse club team when she turned 13. However, by the time she reached high school, Lake had traded the grass of the soccer field for the hardwood of the basketball court.

“My friend Myranda, who I had played soccer with, got me involved in basketball when we were in junior high. I really enjoyed it and started to change my focus from soccer to basketball. I still played soccer on my high school’s team, but I wasn’t playing club soccer during the summer. Instead of playing soccer, I spent my summers playing basketball.

“In high school, I focused on basketball. In fact, I used to miss more than half of my high school’s soccer games because I was still playing on the basketball team. Soccer started in January, but basketball usually played through February, so I wouldn’t join the soccer team until it was almost time for playoffs.”

Lake used her natural athletic ability on the basketball court to earn a spot on the all-district team and pick up Most Valuable Player honors as a junior and senior while playing at Robert E. Lee High School in Tyler. She was also named to the All-East Texas team as a senior.

At season’s end, Lake would switch from high tops to soccer cleats, but she still managed to rack up the awards and honors. Despite her late arrival to the Lee soccer team each year, Lake still managed to earn all-district and all-region honors as a junior and senior.

Oddly enough it was the same friend who led her away from soccer in the first place who eventually led her back to what Pele calls the “Beautiful Game.”

Lake’s friend Myranda had begun playing with a local soccer club team called the Longview Legend and invited her to come out for a practice. Lake rediscovered her love for the game of soccer and decided to give the sport one more shot, playing a season with the Legend.

“We weren’t very good, but it was fun,” Lake said. “When I finally got back into soccer, I remembered why I loved it.”

The Legend traveled, mostly around Texas, to play in different tournaments. The team did enter the prestigious Pike’s Peak Tournament in Colorado Springs and Lake helped lead the team to the Under-19 age group championship.

Returning home to Tyler, Lake and the Legend hosted its own tournament and met the Longhorns, a Dallas-area club team, in the finals. After the game, the coach of the Longhorns approached Lake to congratulate her on a well-played match and offer her a try-out with the larger club.

Lake eventually joined the Longhorns, which meant more exposure to college recruiters, but still didn’t really have any dreams of playing college soccer.

“As much as I wanted to play basketball in college, I knew I would probably have more of an opportunity to play soccer,” Lake said. “But even then, I really had my heart on going to Texas, even if I didn’t play soccer.”

With her older brother Matt already a student at Texas, Lake contacted the UT coaching staff. However, the school was in the process of hiring a new soccer coach and Lake never really made contact with any one.

In to the void stepped the Tulane soccer coaches.

While she had received letters from a few other schools about playing college soccer, it was Tulane who showed the most interest. After making an official visit, Lake was offered a scholarship, which she gladly accepted.

“To be honest, I didn’t really know much about Tulane when I was first being recruited,” Lake said. “But I came on my visit and was so impressed with everything I saw. The campus was amazing, the city was amazing. I could tell that the soccer team was on its way up and that the coaches were really focused on making the team into a Top 25 program. And when I realized how good the academics were, I knew right away that it was a perfect fit. I just couldn’t believe that I was going to a Division I school to play soccer.”

Lake wasted little time in making her impact on the Tulane soccer program. In her first action of the year, a preseason scrimmage against Southeastern Louisiana, Lake scored a goal just 30 seconds into the match.

When the season started for real, Lake scored two goals in her collegiate debut to lead Tulane to a 3-0 win over McNeese State. She began the year with either a goal or an assist in seven straight games and finished her freshman campaign by setting school records for goals, assists, points, shots and game-winning goals in a season. At season’s end, Lake was named to the Conference USA All-Freshman team and the Soccer Buzz Central Region All-Freshman team. To top it all off, she was chosen as the Player of the Year by the Louisiana Sportswriter’s Association (LSWA).

After a tremendous freshman campaign, Lake was one of just 11 players named to the Preseason All-Conference USA team at the start of last season, becoming the first Tulane player to ever earn the honor. During her sophomore season, a host of injuries to other Green Wave players forced Lake to move from her customary forward position into a more defensive role. She saw action at every position during the season except goalkeeper, though she was almost pressed into duty between the pipes when both Tulane netminders suffered minor injuries.

“I remember going through one training session with the goalkeepers last year,” Lake mused. “My part was mostly on the basics – like how to catch the ball. Having some basketball skills definitely helped. Thankfully, though, our goalkeepers weren’t too seriously injured and I never had to play in goal,” Lake added with a smile. “It is kind of scary back there in the goal, but if it ever happens that I need to step in, I am definitely ready to help the team.”

Despite playing more defensively last year, Lake still managed to rewrite the school’s offensive record books during her sophomore campaign. In less than two full seasons, she became the Green Wave’s career leader in goals, assists and points. She was again named to the All-Conference USA team last year, setting herself up for a second Preseason All-Conference USA mention before the start of this season.

“Colleen definitely deserves the recognition she has gotten during her collegiate career,” Tulane head coach Betsy Anderson said. “Her versatility allows her to play anywhere on the field, which is a tremendous advantage for us. She has a natural scorer’s instinct, which is tough to coach, and she is a great ball-winner when she drops into the midfield. Her work rate is very impressive.”

Since Tulane does not have any seniors on its roster this season, Lake, as a junior, is one of the oldest players on the team and has been chosen as one of three captains for the campaign. That she has grown into a team leader is a fact not lost on Lake.

“When I was a freshman, we all really liked the seniors, but they were at the end of their careers and had been through a lot. It is tough to be the ones to start a program from nothing, which they did, and I think they were almost ready to move on to life after college,” Lake said. “We benefited from what they accomplished. Now that we are the oldest players on the team, we strive to provide our own positive example for the younger players. The team has gotten so much better in the two years I have been here. We are definitely more focused as a team and there is a night-and-day difference in the skill level of the players.”

While basketball is still near and dear to her heart – she occasionally plays pick-up games with other students in the Reily Student Recreation Center – Lake doesn’t have any regrets about sticking with soccer full time.

“I’m extremely happy with the way everything has worked out,” Lake said. “Tulane is definitely a soccer program on the rise and I’m glad I am a part of that. It is exciting to think about what I have been fortunate enough to accomplish in two years. I get really pumped up when I realize I still have two more seasons to go.”

Lake has indeed accomplished a lot in two seasons of soccer at Tulane. Her resume is filled with records set and honors won, and while she might not have planned it, her name is nearly synonymous with college soccer at Tulane.

Not bad for someone who almost didn’t play the sport.