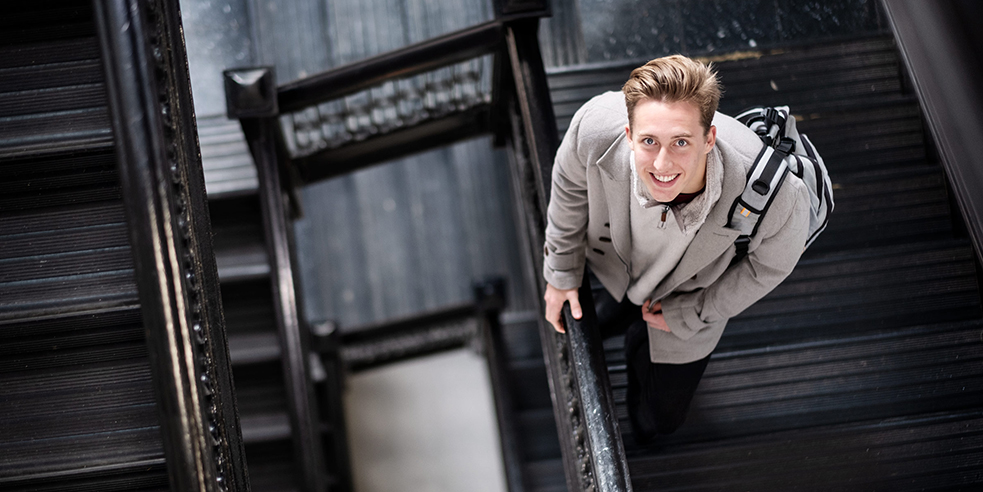 It’s fair to say that Mississippi State was not exactly on Philippe Schicker’s radar when he started what he calls his American Adventure.

A native of Hamburg, Germany, Schicker spent a year as an exchange student at Claremont High School in Claremont, California. He enjoyed it so much he spent the next two years back in Germany trying to figure out how to return to the U.S.

“It was everything I had hoped to get out of my exchange year and more,” said Schicker. “I made fantastic friends, really improved my language skills and got an in-depth jump into American culture. When I was back in Germany, all I could think about was what my friends were doing and how I could go back.”

Schicker applied to several colleges but his best option ended up being Citrus College, a community college near Claremont. Once there, he got involved in a variety of campus organizations, most notably Phi Theta Kappa, the community college equivalent of Phi Beta Kappa. He was elected as one of the organization’s five international vice presidents, which resulted in several trips to the Phi Theta Kappa headquarters in Jackson.

“Being in Jackson, Phi Theta Kappa has a really great relationship with Mississippi State, which is how I first learned about MSU.” Schicker said. “When I was looking to transfer, I wanted to find a university with a quality engineering program and one that valued transfer students and international students. Mississippi State was the easy decision.”

Now a junior studying mechanical engineering in the Bagley College of Engineering, Schicker has hit the ground running. He was selected for Maroon VIP, the student group that offers tours to alumni and other campus visitors, and was chosen as a Foundation Ambassador. He was also elected to the Student Association as the senator for transfer students.

On the academic front, he is working with associate professor of mechanical engineering Heejin Cho on a research project that conducts technical analysis of energy systems.

“I’m really interested in the intersection of engineering and public policy,” Schicker said. “I’m passionate about the environment and I want to study renewable energy policy to find out which ones make sense from an engineering perspective. And this research with Dr. Cho is very similar to the work I hope to be doing.”

Beyond the on-campus organizations and research opportunities, Mississippi State ended up being the perfect school for Schicker for perhaps a surprising reason – it’s nationally renowned baseball team. Growing up in Germany, Schicker had never played baseball but developed a love for it during his exchange year. And his decision to attend Mississippi State coincidentally came just after the Bulldogs had defeated Stanford to reach the College World Series for the second straight year.

“I didn’t realize Mississippi State had such a great baseball team until after I had decided to come here,” Schicker said. “It’s not really what you think about when you think about Germans and sports, but baseball has become one of my passions. Coming to a school that’s so big on baseball was a coincidence but a happy coincidence. I’m already looking forward to the season.”