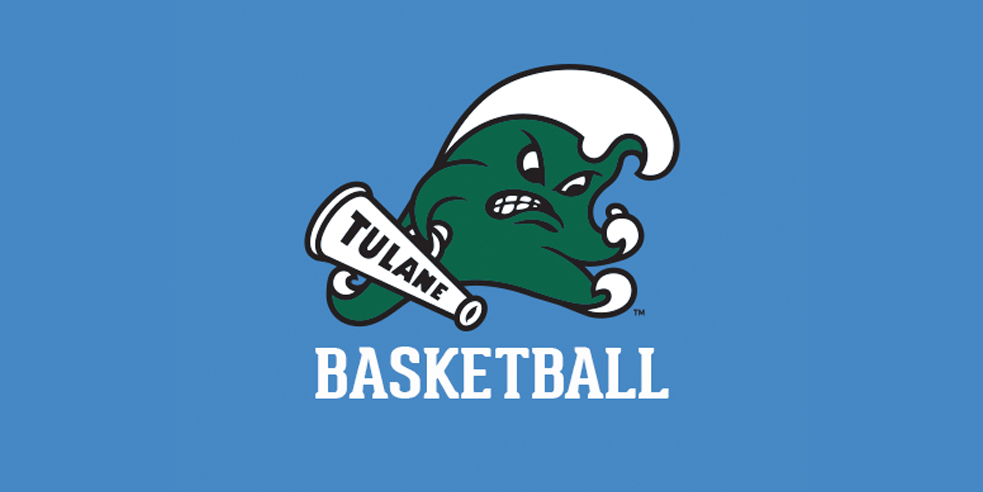 Over the course of her Tulane women’s basketball career, senior Britt Themann has made quite a name for herself. A standout in both the classroom and on the court, Themann exemplifies the meaning of the phrase student-athlete. She has earned nearly every academic honor imaginable yet still finds herself ranked among the most prolific three-point shooters in school and Conference USA history. However, Themann’s basketball career was nearly put on hold, not once but twice, before she ever reached college.

Themann got her start in basketball like thousands of other kids, thanks to a basketball goal in her front yard and parents who wanted her to get some exercise. She and her twin brother, Mark, would spend hours shooting hoops in the yard and she eventually began playing with local youth teams.

“My parents were always big on my brother and I being involved in athletics when we were kids,” Themann said. “I started playing basketball when I was in second grade and it has always just been something that I loved. I lived on an island, so I played everything with the same group of girls – basketball, soccer, volleyball. That’s how I started and then we all went to high school together.”

However, during the summer before her freshman year in high school, Themann went in for a routine physical in order to attend a summer basketball camp, but the doctor refused to clear her after hearing a funny noise coming from her heart. After a series of doctors had examined her over the course of three weeks, Themann found herself on the operating room table at Children’s Hospital to repair a small hole in her heart.

“Initially, I was terrified,” Themann said. “Up until that point, I had played basketball without really having any symptoms. I sometimes felt tired when I played, but it wasn’t anything I considered unusual. And I remember that my feet would get a bit numb during the first few minutes of every game, but I always figured it was just because my ankle braces were too tight. But the doctors basically told me that I would have to have surgery if I wanted to play college basketball.

“After the surgery, though, I felt like a million bucks,” Themann continued. “The surgery definitely fixed the problem. Basically, all the blood without oxygen would come into my heart and go right through without reloading the oxygen supply. My heart had to work three-times as hard to get oxygenated blood to my feet and hands. The left side of my heart had grown so big that it was hitting my rib cage and that’s what the doctors heard. Some people have the problem, but never really know it until later in life because they aren’t athletic enough to agitate the heart. I was lucky that I was so athletic as a kid, so they found it.”

Despite the surgery, Themann made it onto the court as a freshman at Bainbridge High School and earned first-team all-conference honors. However, just as her sophomore season was getting underway, Themann suffered another blow when she tore the anterior cruciate ligament (ACL) in her left knee, forcing her to miss the entire season.

However, just as she had come back from heart surgery, Themann battled through her knee injury and returned to the court in time for her junior season, earning conference Most Valuable Player honors in the process. As a senior, Themann led Bainbridge to a 24-2 record and the 3A state title. She was a first-team all-state pick and was named the MVP of the entire state tournament. Ranked among the Top 50 players in the nation and listed as a prep All-American, Themann had her choice of women’s basketball programs, but knew she wanted to combine academics and athletics. Enter Tulane.

“I had narrowed my choices down to Tulane, Boston College and Iowa,” Themann said. “When I came on my visit, I knew almost right away that I wanted to go to Tulane. It had the best combination of academics and athletics of any of the schools I was looking at. Plus, I just really liked the coaches here better than the coaches at any of the other schools. I watched the team win the Conference USA Tournament when it was here in Fogelman (in 1999) and I had a lot of fun on my visit.”

During her stay in New Orleans, Themann has excelled in every area of endeavor. She has earned the prestigious Conference USA Commissioner’s Academic Medal after each of her first three years at Tulane, indicative of having at least a 3.75 grade point average. As a junior, she was named to the Verizon/CoSIDA Academic All-District VI team and was recently named to the 2003 listing of Who’s Who in American Universities and Colleges.

On the court, she has been just as successful. She has yet to miss a game in three and a half seasons and ranks as Tulane’s career leader in three-point field goal percentage. She is also listed third on the career three-pointers made charts and is fourth in career free throw percentage. She has helped lead Tulane to three straight NCAA Tournament appearances and two Conference USA Tournament titles.

Themann has also made time for community service while at Tulane, serving on the Tulane Student-Athlete Advisory Board (SAAB) as a freshman and sophomore and volunteering at Children’s Hospital. After graduation in May, Themann plans to use her experience as both a patient and a volunteer to good use in medical school.

“I’ve always known in the back of my mind that I wanted to go to med school, so I came into school wanting to do as well as I could academically,” Themann said. “I’ve really enjoyed working hard and being at Tulane for its academics. And I’ve really enjoyed playing basketball for Tulane. Plus, I’ve had a great experience volunteering at Children’s Hospital. Up until that point, my only experiences with medicine, and what I was basing my decision to be a doctor on, came from being a patient. Being able to work with kids has helped give me an idea of what it is like from the perspective of a doctor. It has really reaffirmed my desire to go into medicine.”

“I’ve gotten a great education at Tulane and I’ll walk away from my time in the classroom with a great academic experience. It has been so rewarding. And I’ll remember the character of New Orleans. It has been a phenomenal place to go to school. It is different from any other city in the United States. I don’t know how to describe it, but when I go back home to Seattle, there is just a little less flavor. If I had it to do all over again, I wouldn’t change a thing.”